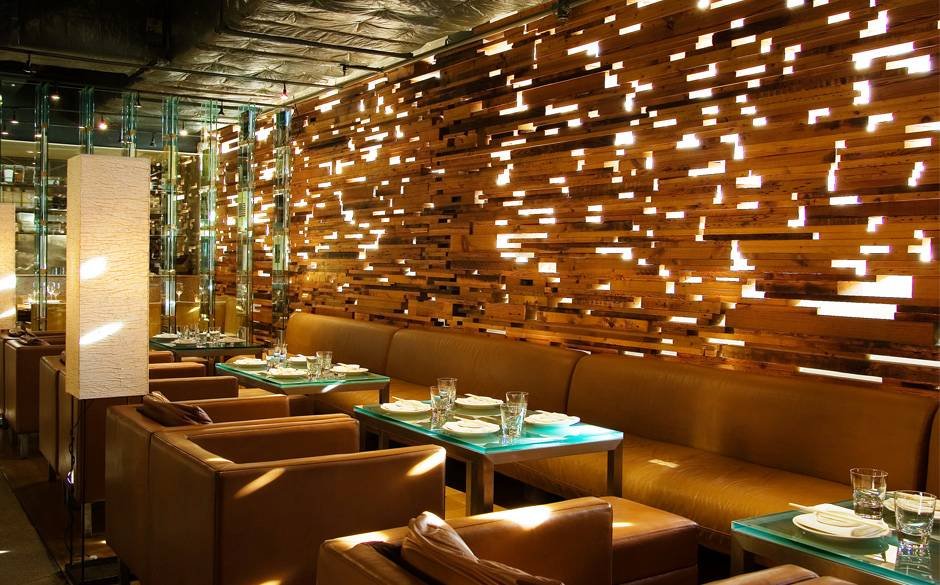 The client and the site

Zuma in London's Knightsbridge, like its namesakes that have followed it in Hong Kong, Dubai, Miami and other major global cities, offers something completely new in culinary terms - a sophisticated twist on the traditional Japanese ‘Izakaya’ style of informal eating and drinking. Founded by renowned chef and restaurateur Rainer Becker, also the man behind the impressive Oblix restaurant at The Shard and many other high-class establishments across the globe, Zuma’s cutting-edge approach and consistent attention to detail have long made it one of London’s top destinations for fine Asian cuisine.

On the back of a demonstration of a Bose sound system installation Crossover arranged at The Shard, on the site of what was to become Oblix restaurant less than a year later, Rainer Becker and his management staff were left so impressed by the high sound quality and unobtrusive loudspeaker design that they quickly asked Crossover to pitch for an overhaul of their existing background audio system at their Zuma restaurant in Knightsbridge – a system that was comprised of a few large ‘box’-type loudspeakers which they had long found to offer less than adequate audio coverage of the space.

We based the audio system design for Zuma on loudspeakers from Bose. By the time we had come to design the Zuma audio systems, the client had already confirmed an order with Crossover to design and install the audio systems for Oblix restaurant, bar, and live-music venue in The Shard, and had already been impressed by the Bose speakers for the non-live music parts of the Oblix design). As such, a Bose sound system installation was a natural choice. Crossover suspended seven Bose black subwoofer modules from Zuma’s exposed ceilings in a way that smoothly blends with other suspended infrastructure (air conditioning ducts, lighting trusses, cable trays and so on), and installed 28 miniature “cube” satellite speakers, some of which were fixed to the bass modules themselves, while others were discretely mounted on walls and the existing cable trays.

The results were outstanding – suddenly volumes were even across every area of the restaurant, allowing staff to set the ambience without worrying about certain areas being louder than others, while specifically in the Bar area a noticeably warmer, fuller and richer audio quality made for a much more inviting atmosphere for customers to stay for a few more post-meal drinks.

Read more about our work in Leisure and Entertainment venues

The project results, quality of the audio and the overall service Crossover provided were all better than expected!