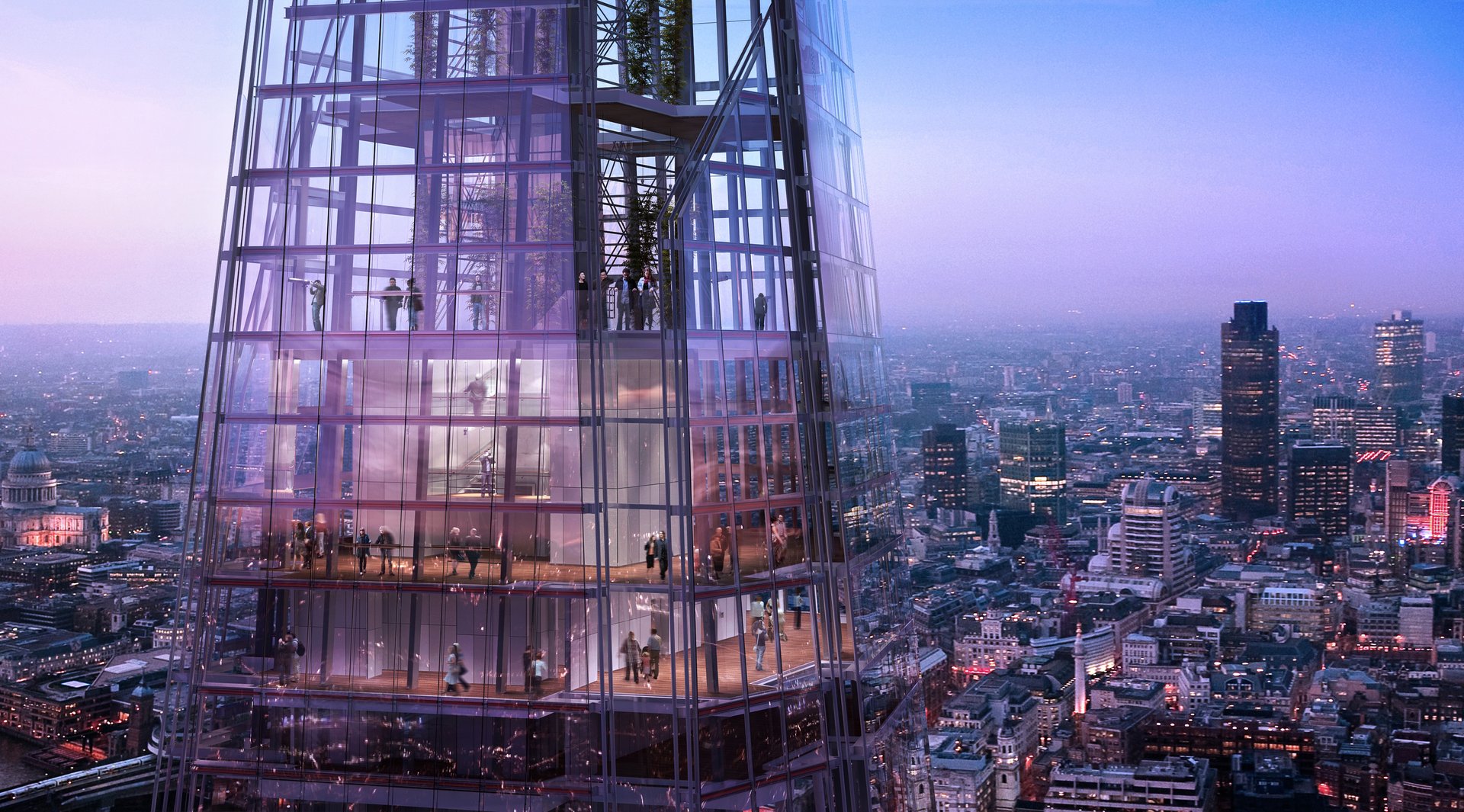 What do you get when you combine the 32nd floor of London's most spectacular building, the powerhouse duo behind Zuma and Roka, the interior design skills of designed by Claudio Silvestrin, and the audio system installation & design expertise of London's best audio installation company? World class food in a beautiful restaurant, a separate lounge bar, with cocktails, and spectacular sound throughout. We were honoured to be chosen above stiff international competition to deliver this project.

The brainchild of world-renowned restaurateur Reiner Becker, also the creator and owner of Zuma and Roka, Oblix's audio system was always going to require two things "complete excellence in the sound system design, and complete excellence in the sound system installation" both in terms of the audio quality and the aesthetics of the audio products chosen.

In an early meeting with the project design team, much prior to the commencement of the interior build, Crossover were briefed by the restaurant's owners that the space would be split into three main sections "lounge, restaurant and a long hallway between the two "each of which would have its own unique set of audio requirements:

In each of these areas, the aesthetics and design of the installed products and the installation itself carried just as high an importance as the audio quality the loudspeakers and any other "foreground" element had to be either hidden or with a physical design that blended into the restaurant's décor design as well as absolutely possible.

After the initial brief meeting, and a walk through the site on Level 32 of the Shard (which at the time was little more than a concrete slab for a floor, another one for a ceiling, and some glass walls!), it was clear that the system must be based on a loudspeaker brand known for excellence in both background music installations as well as live music systems. Subsequently Crossover arranged for Bose representatives to demonstrate a proposed solution on site & a combination of Bose DS100F in-ceiling loudspeakers, Bose Freespace 3 in-ceiling subwoofers, and Bose MA12EX column array loudspeakers. The client was soon impressed with the proposed solution's quality, aesthetics and cost-effectiveness, and Crossover were chosen to supply, install, programme and commission the audio systems for the entire venue.

The concept for the Lounge area was simple but unconventional and four of the aforementioned Bose column arrays (an extremely low-profile type of loudspeaker used instead of standard "box-type" speakers due to the client's demand for the system to be as hidden as possible) were positioned discretely on either side of the stage, blending in and aesthetically mirroring the Shard's structural load-bearing columns. These loudspeaker columns were responsible for giving a sense of "directional audio", meaning that when the musicians are playing, the audio that customers hear throughout the whole of the bar seems as if coming from the stage (as is standard in live music environments). With the help of complex and carefully calibrated levels and audio delays (using custom-configured Bose professional DSP processors), the in-ceiling loudspeakers became almost inaudible to the casual listener, who perceives all or most of the audio as coming from the direction of the stage, even though the majority of the sound towards the perimeter parts of the bar is actually coming from the Bose DS100F in-ceiling loudspeakers and five Freespace in-ceiling subwoofers which have been positioned strategically throughout the rest of the Lounge but remaining visually discreet in the ceiling.

On most evenings, professional audio engineers are employed to supervise and operate the live music audio system. In order to make the audio systems easy to use when there wasn't such a member of staff on site, Crossover designed and implemented an innovative and bespoke control system using AMX equipment. This means that personnel not trained in audio engineering can mix a basic live music performance using a wireless simulated "software" mixer custom-designed by Crossover via an Apple iPad, from anywhere in the space. Incredible control of all the individual microphones' including not just volume but the EQ and audio compression settings too. 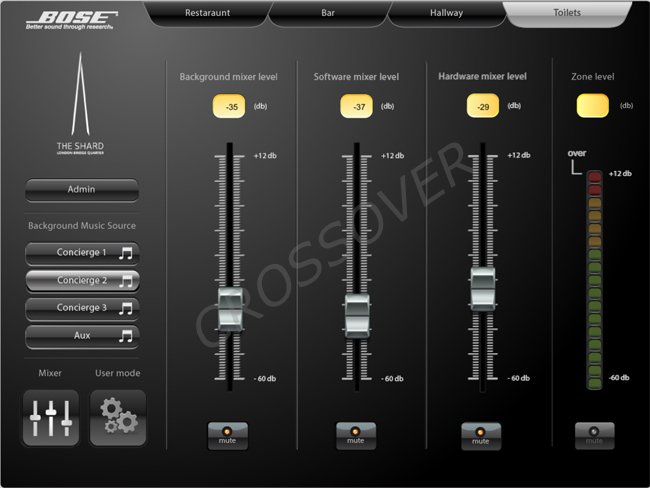 During the day, the staff also use the same iPad but a much more stripped-back set of controls to control the volume and audio source that plays in all of the zones of the restaurant, bars and hallways. The venue manager can walk through the space with all this control over the audio at his fingertips, via the iPad. This is a discreet and accurate way to make adjustments in real time, whilst standing in the space whose volume level you're adjusting.

A 5-zone restaurant audio system, with one of the zones having full live music capabilities, fully controllable from an AMX iPad interface. The solution included:

Read more about our work for Leisure and Entertainment venues 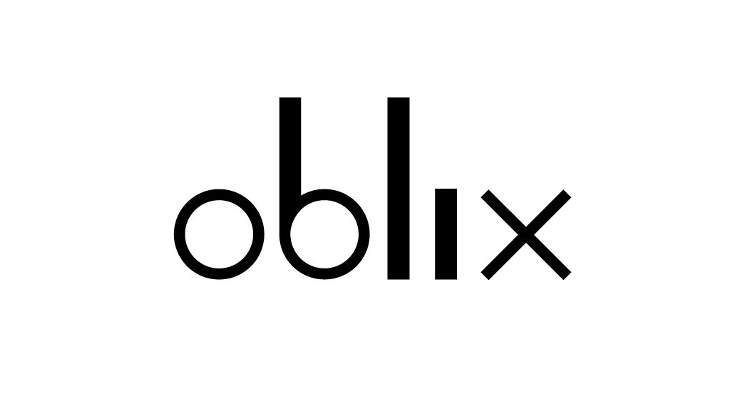 This is great. I'm sitting on a table with a prince, and he's a real music guy. He loves the sound!! This is going to be a great place for you to bring your clients as a showcase , anytime. Excellent!

Related links: On the web