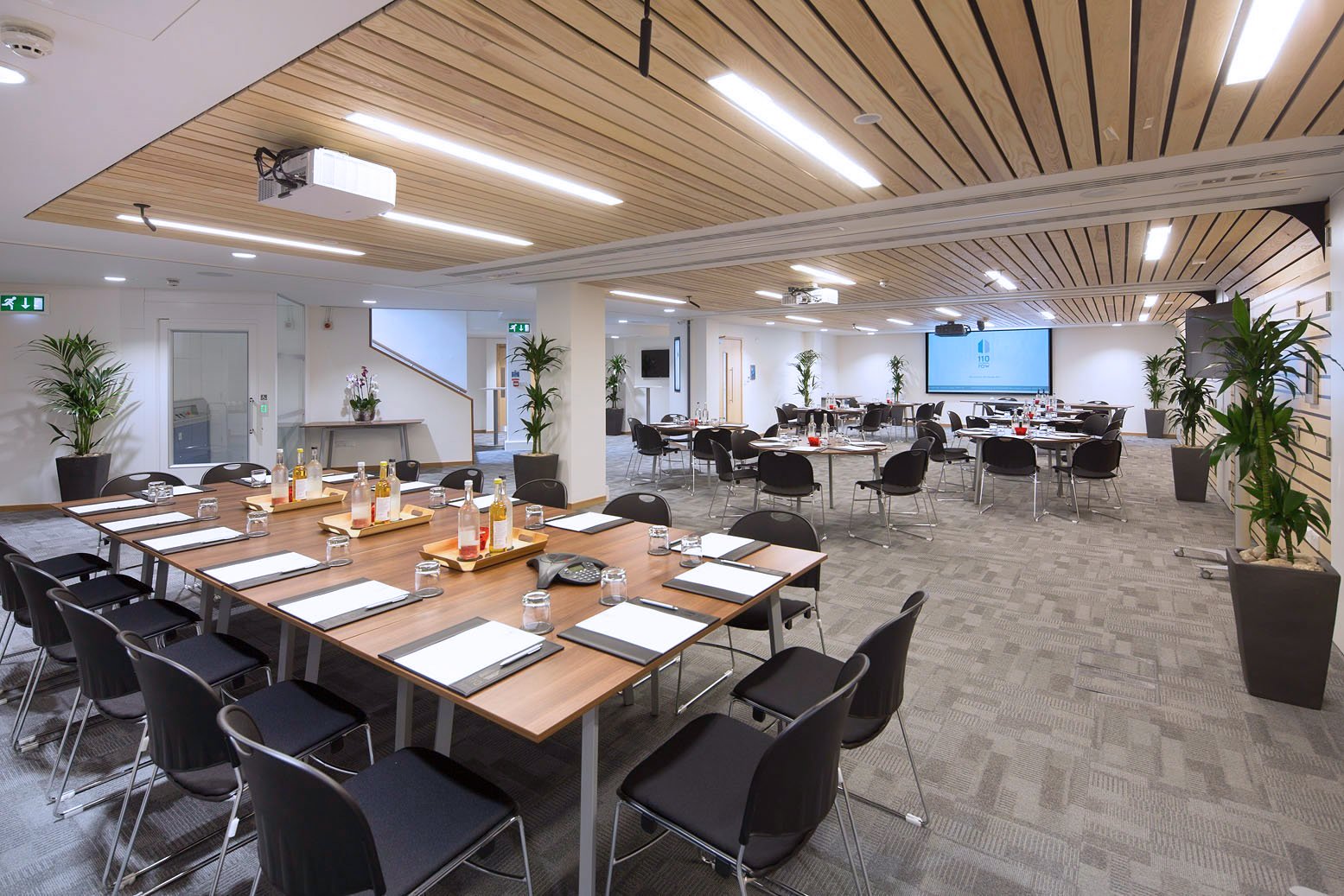 A flexible conference centre in Victoria, Central London. Heavily used for a wide array of impactful events, thanks to clever architecture and well-implemented audiovisual systems 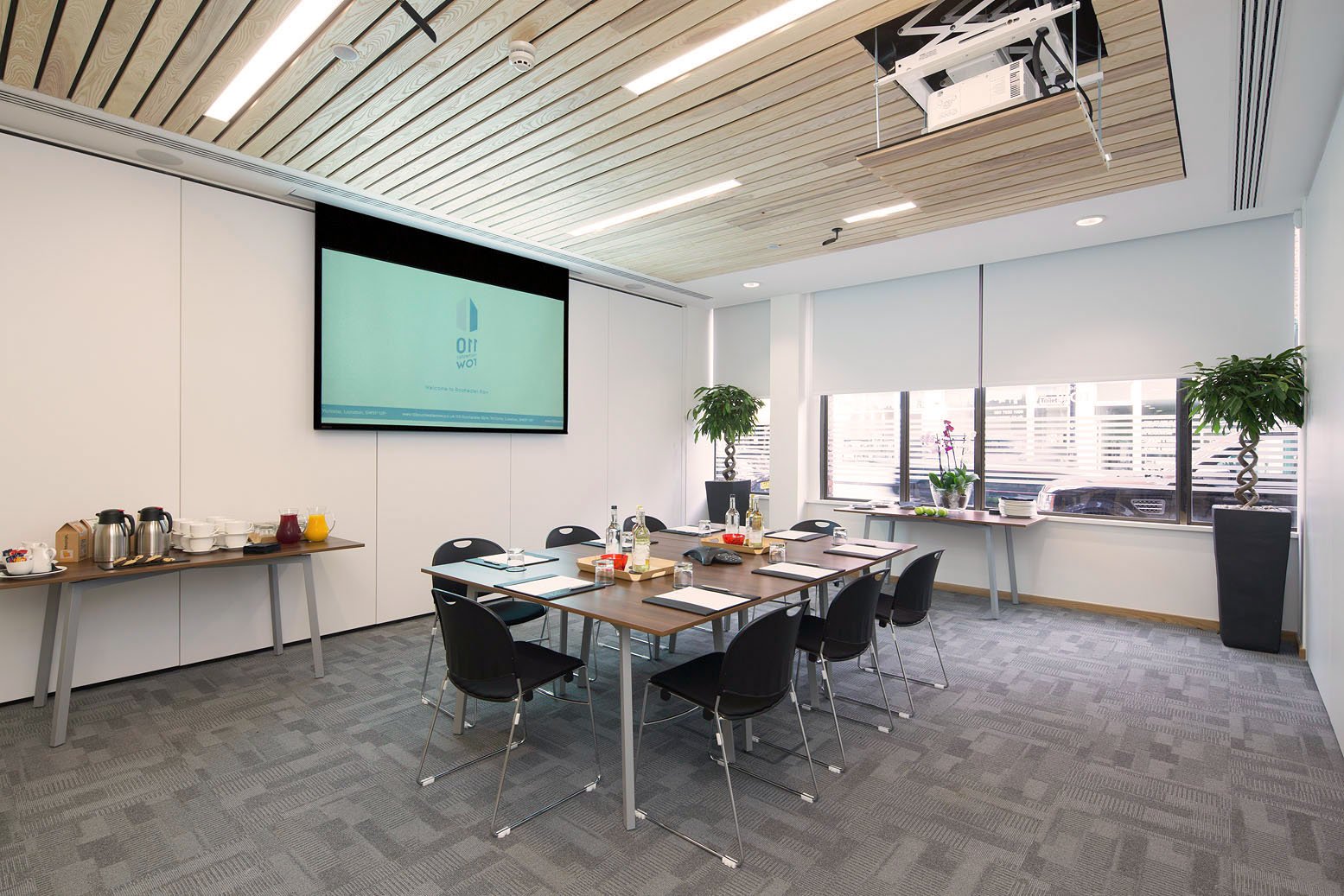 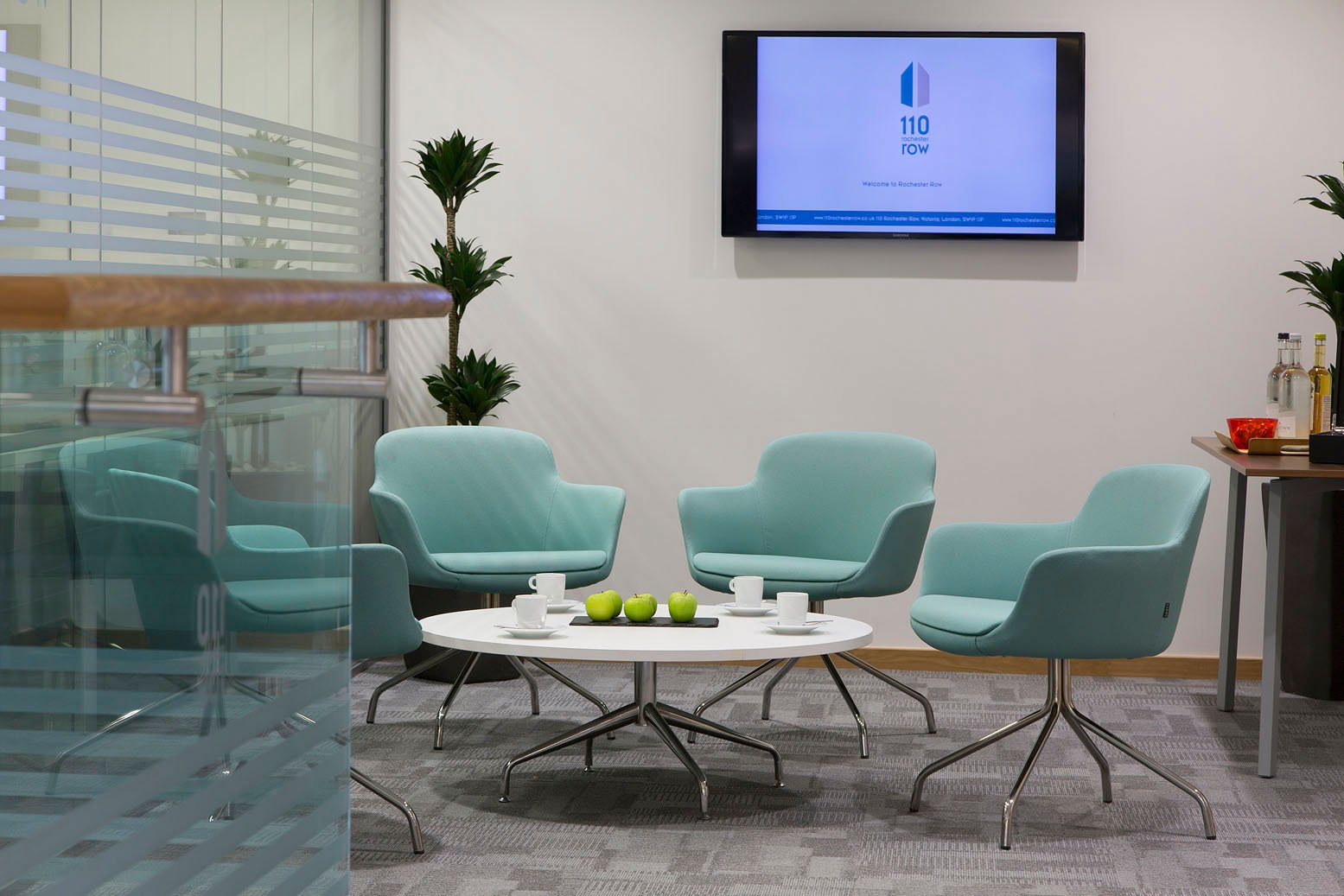 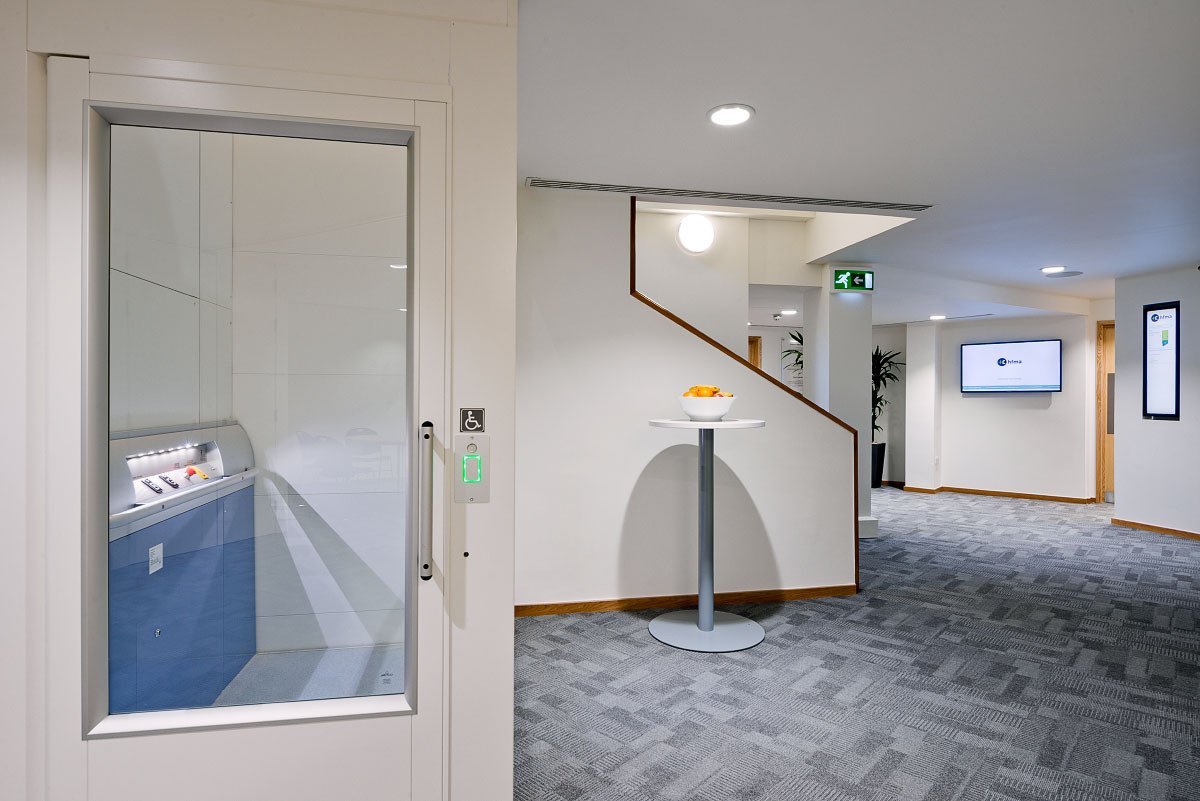 Owned and operated by HFMA, 110 Rochester Row is a superb conferencing venue located within a few minutes walk from London Victoria.

Crossover was selected to act as AV consultants during the very early stages of HFMA’s planning. Travelling to their Bristol HQ to meet with the key stakeholders allowed us to intricately understand their needs and requirements, and their vision for the conference centre.

The space was to include three large meeting rooms on each floor, all of which interlinked to create larger meeting rooms, or a conference space, or exhibition spaces – clever designs by the architects meant that when all partition walls were removed, the vast majority of the footprint on each floor is open plan, including the building’s main reception area and breakout areas that are at other times used as coffee lounges and work zones for members and delegates.

The Crossover team explained the very wide variety AV features & functionality that might be considered within a conference space of this type, and following further discussions, then created a full AV Specification document that would result in an environment that would meet the required budget and deliver a space that was highly flexible, powerful, easily reconfigurable, and able to be quickly re-branded in line with the identity of the hiring party.

So impressed were HFMA’s key stakeholders with the level of attention to detail and the calibre of our suggestions as consultants, that alongside other key AV companies, we were asked to submit a tender for the supply and installation of the systems.

Following a rigorous process, Crossover was awarded the contract to supply and install the systems. Working closely with the architects and the main build contractor over the coming months, the designs were honed further and through a series of value-engineering exercises, the very optimal combination of project costs, AV functionality, and ‘wow factor’ was finalised. 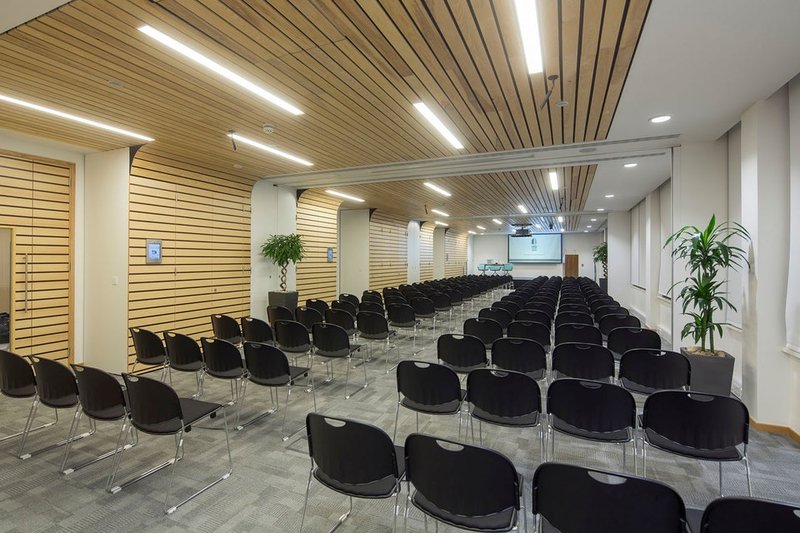 The project was completed on time and on budget, and has been a huge PR and financial success for the owner-operators. It has quickly become a heavily used facility, both for internal HFMA conferences, and external hires. High levels of repeat business and the clear benefits of the AV environments designed and installed by Crossover, happily meant that after the first year of post install support, we were then engaged in a further 5 year Maintenance Support Agreement. What's more, the organisation frequently engages Crossover's AV events technicians to work alongside the in-house Events Management team for the highest profile events.

If you would like to know more about what we can do in terms of AV in conference centres, auditoria and large presentation spaces contact us today. 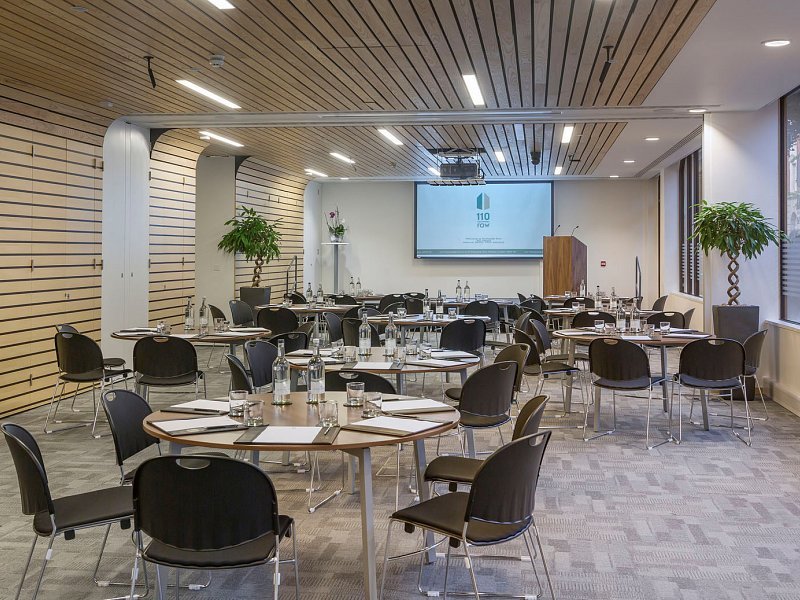 You have come through with flying colours... It has been a big year for us and we could not have done it without you 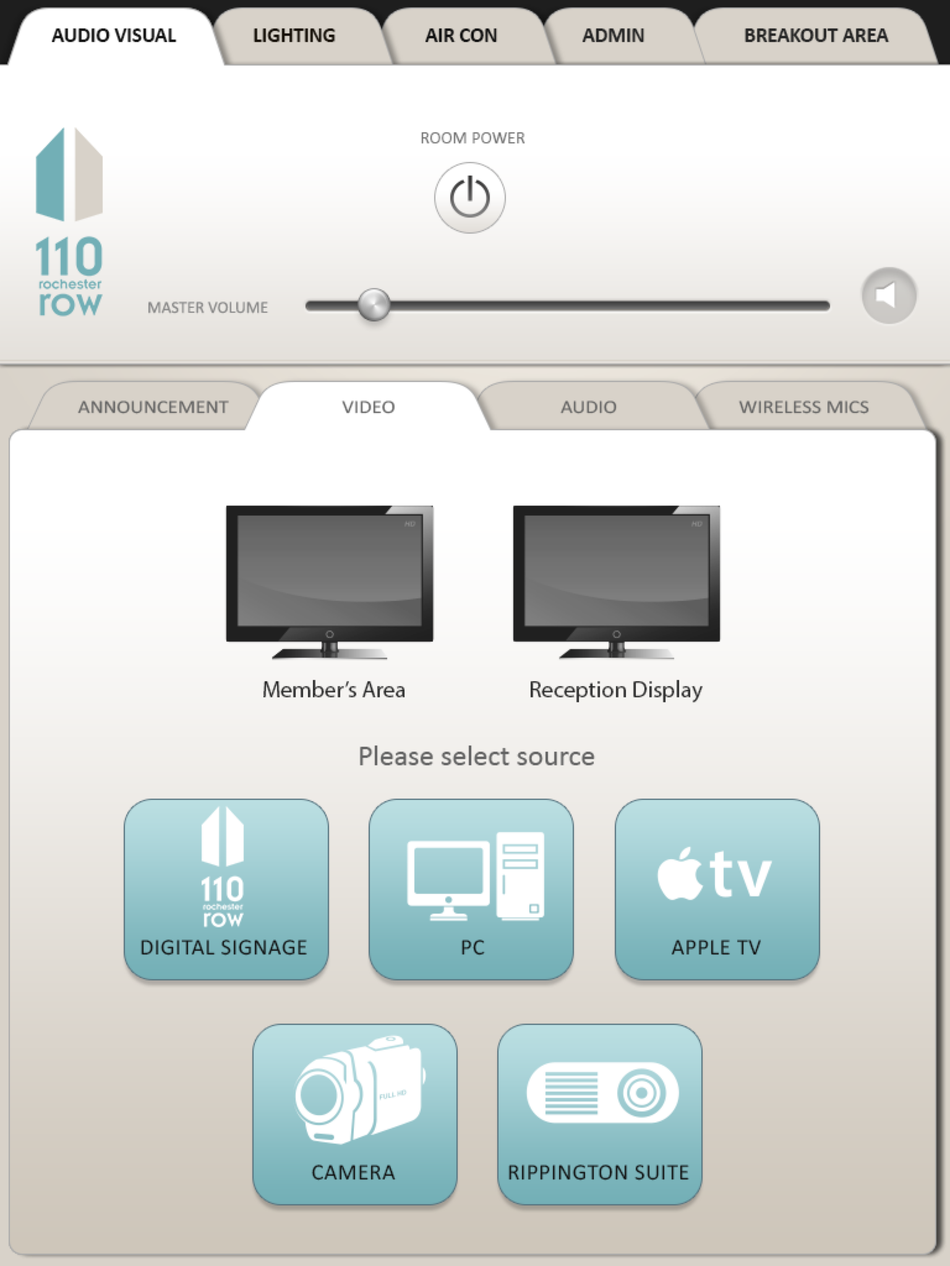 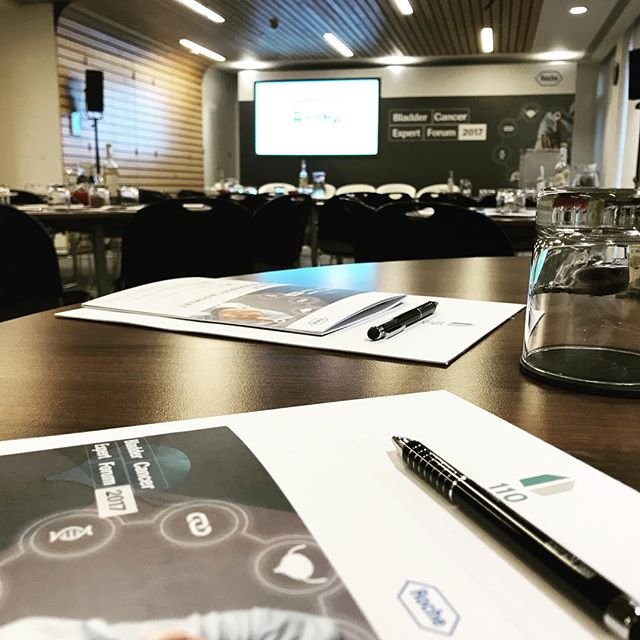