The project was split into two main stages. The first was a design & consultancy stage. We were asked to provide an acoustic consultancy report, elaborately detailing Crossover's suggested solution, whilst giving justification for the inclusion of each device in the system and its specific suggested configuration. We were then to present this written report to the relevant members of the BBC team.

In the second stage we were asked to provide all necessary A&E (Architecture and Engineering) data for the installation of the designed system; then to oversee the installation and ensure that it was executed to the highest standard; then calibrate and program all audio elements of the newly installed system so as to maximise the system's performance and audio quality. The last stage would be to train members of staff on the correct way to use the newly installed system.

The main challenge in designing the system at the BBC auditorium was to overcome the problematic acoustics of the room without being able to use acoustic treatment. After receiving the initial brief, it was immediately apparent that the type and location of the loudspeakers were the most crucial aspects of the audio system, and the project as a whole. With that in mind, Crossover's acoustic engineers meticulously constructed a 3D model of the auditorium within a specialist acoustic simulation software (EASE) and began short-listing a number of different loudspeaker models which answered the following criteria:

After assembling a shortlist of speaker types (amongst which were Funktion One AX88, Martin Audio Omniline and Electro-Voice SX300) Crossover's acoustic engineers used the 3D model they had created in the EASE software to simulate the results of using each of the shortlisted speaker models in various mounting locations in the auditorium. In virtually all of the simulations the loudspeaker which achieved the best results (mainly through achieving the best direct-to-reverberated sound ratio) was the Martin Audio Omniline micro-array.

As always, though, we also carried out our own listening-tests on the speaker, comparing it side-by-side in our offices with the other loudspeaker models that were still in the running. This was, afterall a product that was brand new to the market and for many reasons, genuinely revolutionary. (In the months following this installation, the audio and audiovisual industry has honoured this product with many prestigious awards.)

We presented the results of our acoustic modelling simulations to the client and they were happy to see such clear and empirical evidence, and felt confident that the right decision had been made.

Another crucial component of the installed system was a digital signal processing (DSP) device that would help maximise the performance of the loudspeakers. It was absolutely essential to use a DSP device which would enable our engineers to calibrate the system so that the few unavoidable "peaks" were accurately equalised out of the system, that the level and phase balance between the loudspeakers was optimal, and that the speakers are protected against misuse or transients. The right DSP unit would also have to have four or more inputs, with each input able to be 'matrix-routed' to each of the unit's outputs (this was because the auditorium's AV system included an audiovisual delay unit to perfectly sync the audio with the auditorium's projection system, and this needed to be bypassed by the wireless microphone system). Crossover's system design team found the perfect product - a speaker management system from the world-renowned manufacturers XTA, who have an outstanding reputation for high quality, reliable products.

Crossover's engineers then accompanied the installation every step of the way, ensuring that each loudspeaker was mounted and angled to our exacting specifications and that each 'back-end' component was optimally calibrated. Crucially this was followed by extensive measurement, testing and fine-tuning of the system. The final element of this stage was to enable the end-user to make quick and easy changes to the setup of the system by meticulously programming three system presets. These presets were designed for each of the three most common ways the auditorium is used.

Before the official project sign-off, Crossover trained members of the BBC staff on how to use the audio system. Once this was completed the staff were totally at ease with the system's operation, and, crucially, the training ensured that each member of staff was able to exploit all the features of the system that were relevant to their specific needs.

Seeing our engineer speaking through a wireless microphone once the system had been installed and calibrated, and hearing the exceptional sound quality and intelligibility throughout all areas of an immensely acoustically-difficult space. 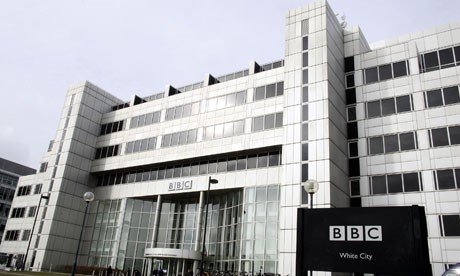